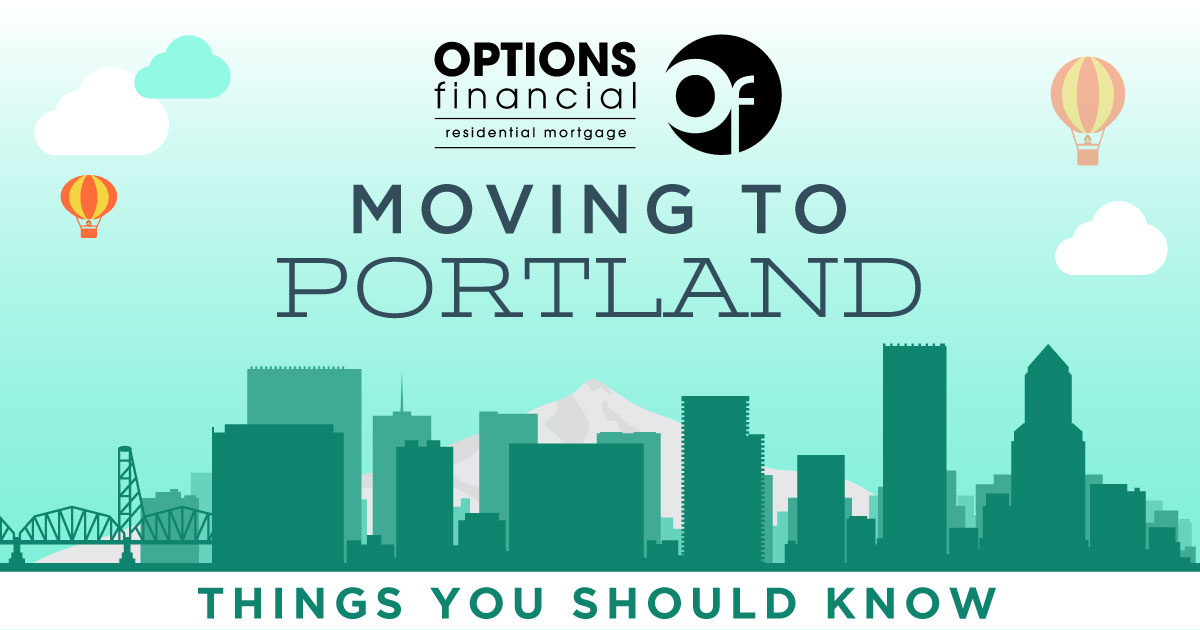 Infographic: Everything You Should Know About Moving to Portland

Known as the City of Roses, Portland boasts some of the country’s best coffee shops and microbreweries, stunning views of Mt. Hood, and Forest Park; one of the largest urban forests in the country. Here, you can enjoy exploring many revitalized neighborhoods, like the fashionable Pearl District and Craftsman-lined Nob Hill, make a fast escape to the Willamette Wine Country, or take weekend trips to the nearby Pacific Coast. As people increasingly realize the many benefits of life in this casual, laid-back city, more and more people are choosing to call this Northwestern gem home.

If you are contemplating a move to the Portland area, there are a few things you should know before you pack up the moving truck. Our friends at Great Guys Moving, along with the folks at Moonraker Marketing, have put together an infographic with some must-know details about life in the Portland metro area. Here are a handful of the highlights:

With 100 days of rain every year, Portland gets an abundance of rainfall, which allows all the city’s greenery to flourish. Portland started making a proactive effort to conserve its natural beauty way back in the 1960s and 1970s, and the efforts have paid off. Today, Portland has thousands of acres of parkland (which constitutes 16% of the metro land area) and protected natural areas for the enjoyment of its residents. It has also claimed the title of “Greenest City in America” on multiple occasions thanks to its clean air and water, use of renewable energy, effective recycling, and alternative modes of transportation, such as carpooling and bikes.

A transportation hub, Portland is also known for its steel manufacturing, technology, fishing, farming, and forestry industries. A number of Fortune 500 companies call the city home including Nike, and Columbia Sportswear, as well as a slew of other notable brands like, Adidas, Intel, Keen, Powell’s Books and Fred Meyers among many. With so many businesses clamoring to call Portland home, the city’s job market and economy are strong. Portland’s unemployment rate is 11.5% lower than the national average, and the median household income is on par with the nationwide median.

The Portland metro area is known for its many walkable neighborhoods, like Montavilla where you can find local landmarks such as Montavilla Brew Works and the Bipartisan Café. The Foster-Powell area was ranked by Redfin in 2016 as the most desirable neighborhood in Portland with its fair share of beloved dive bars and amazing food, and Orenco Station, which boasts easy access to TriMet’s MAX lines, local shops, hiking and bike trails, markets, and of course tap houses. If you prefer the use of two wheels Portland also has a fantastic bike score and over 250 miles of trails at your disposal.

Beautiful scenery, a healthy economy, and walkability, are just a few of the things that make Portland a superb place to call home! As you make the transition to this great town, we’d love to help you get settled. As one of Portland’s top residential mortgage companies, Options Financial understands that buying a home is a big decision. Purchasing real estate in an unknown market can be challenging, which is why we promise to help you understand the local market and to stay with you every step of the way. Give us a call today to get started!